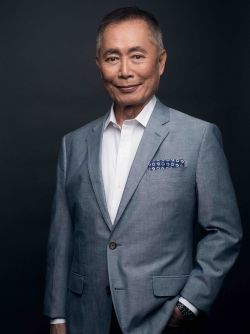 In honor of Pride Month 2019, State Theatre is proud to present actor and social justice activist, George Takei on June 20. With an uncanny eloquence and signature wit, Takei shares the story of his family's forced internment as Japanese Americans during WWII—a seemingly forgotten part of American history. (Takei was recently seen on Broadway with Tony®-winner Lea Salonga in Allegiance, the musical that was inspired by his true-life experience.) He also takes audiences through his rise to celebrity as a Sci-fi icon in Star Trek, his remarkable journey as a social media mega power, and his passionate fight for LGBTQ rights and marriage equality in America—empowering others to beat the odds and make a difference.

With a career spanning five decades, George Takei is known around the world for his founding role in the acclaimed television series Star Trek, in which he played Hikaru Sulu, helmsman of the Starship Enterprise. But Takei's story goes where few stories have gone before and he remains a powerful voice on issues ranging from politics to pop culture.

In 2012, Mashable.com named Takei the #1 most-influential person on Facebook, currently with over 10 million likes and nearly three million followers on Twitter. Takei hosted the AARP-produced YouTube series Takei’s Take, and was the subject of To Be Takei (2014), a documentary on his life and career. On his own YouTube channel, Takei and his husband Brad bring viewers into their personal life in the “heightened reality” webseries, It Takeis Two.

Those who say there are no second acts in American life don’t know Takei. For the young boy who spent his childhood in a Japanese American internment camp for persons of Japanese ancestry, life has opened not just a second act, but a third, fourth, and fifth—with many, one hopes, still to come. His unique journey through pop culture and politics has made him not just a witness, but a prime mover during some of the most critical moments in our history. As a result, through the lens of his life, we are able to experience the incredible changes of 20th and 21st century America, eight decades during which our nation rose to global power; went to the moon and beyond; embraced civil rights for people of all cultures; adopted new definitions of love, marriage, and the family; allowed diversity to blossom and inclusion to become the norm, and unleashed disruptive technologies that connect us all, and democratize our ability to connect, communicate, and create. 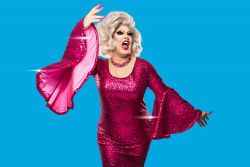 Before George Takei, join us for a Pride Night Party from 6:30pm-8pm with Drag Queen host Pissi Myles! The party will feature a live trio, food from Esquina Latina, plus some fabulous giveaways. Giveaways include State Theatre tickets to Beautiful - The Carole King Musical plus tickets to the Pride Party with the cast; restaurant gift certificates to Fiddleheads in Jamesburg orLa Tavola Cucina in South River; a gift basket from Johnson & Johnson; a free wedding officiant and free use of the sanctuary for a wedding at Christ Church in New Brunswick; and a United Mileage PLUS, premiere gold package, worth over $4,000.

See George Takei on Thursday, June 20 at 8pm at State Theatre New Jersey. For more information or to purchase tickets to An Evening with George Takei: Where No Story Has Gone Before or the pre-show Pride Party visit STNJ.org or call 732-246-SHOW. 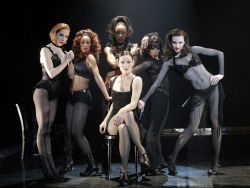 State Theatre New Jersey presents Chicago The Musical for four performances from February 15-17, 2019. With a legendary book by Fred Ebb and Bob Fosse, music by John Kander and lyrics by Fred Ebb, Chicago is now the #1 longest-running American musical in Broadway history—and it still shows no sign of ever slowing down!

Chicago The Musical is the winner of six 1997 Tony Awards including Best Musical Revival and the Grammy Award® for Best Musical Cast Recording.

Set amidst the razzle-dazzle decadence of the 1920s, Chicago is the story of Roxie Hart, a housewife and nightclub dancer who maliciously murders her on-the-side lover after he threatens to walk out on her. Desperate to avoid conviction, she dupes the public, the media and her rival cellmate, Velma Kelly, by hiring Chicago’s slickest criminal lawyer to transform her malicious crime into a barrage of sensational headlines, the likes of which might just as easily be ripped from today’s tabloids.

The national tour is directed by David Hyslop and choreographed by David Bushman. Walter Bobbie is the director of the original New York Production and Ann Reinking was the original choreographer in the style of Bob Fosse. Chicago features set design by John Lee Beatty, costume design by William Ivey Long, lighting design by Ken Billington, and sound design by Scott Lehrer. 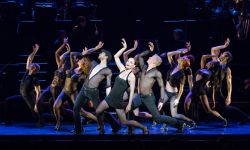 Chicago is a production not to be missed. And all the reviewers agree. Time Magazine calls it “A Triumph,” Newsweek raves “Smashing” and Entertainment Weekly sums it up by calling Chicago “Broadway’s Most Electrifying Show.”

From cult classics such as “Little Red Corvette” and “Purple Rain” there is no musician that better represented the heart and soul of the 80’s like that of Prince. Join us September 6 at State Theatre New Jersey where for one night only Prince’s music will be on display with a full symphonic performance. The first and only estate-approved Prince celebration, 4U-A Symphonic Celebration of Prince will present the music of Prince like never before. Questlove, an avid Prince fan, has helped curate the music and arrangements that will be played by the symphony.

The icon, "Prince" was born in Minneapolis, Minnesota in 1958 under the name Prince Rogers Nelson. After shortening his name to Prince, the legend went on to publish 39 studio albums, building his purple empire under that one word. Known for his tight bedazzled jumpsuits, curly black hair, and grand purple piano, Prince's strong style could be recognized from miles away. But above it all, his trademark icon unified every Prince fan alike. Whether sewn into his jumpsuits, plastered on the front of his album, or making up the body of his iconic purple guitar, this zodiac inspired symbol went on to not only represent the music of Prince, but his legacy as well.

Prince’s unpronounceable symbol, which looks like a horn being cut in half by an arrow of sorts first made its debut on the cover of the first in a series of new albums released in 1992. The albums were published against the wishes of his label Capitol Records, for they feared the high volume of Prince albums being released in a year was flooding the market. This symbol boldly placed on the front of his new record became not only the title of the album, but a representation of his rebellion towards the label as he went from publishing two albums a year to three. The iconic symbol was used as both a message to label executives, and as a ploy to mess with large production companies. Prince's new album title was so uncommon, a mass mailing of floppy disks with the proper way to replicate it had to be sent out to those publications who reviewed the album.

Each component of Prince's iconic new emblem was said to have been designed with a specific purpose in mind. The newly named “Love Symbol” merges the ancient symbols for both man and women, thus creating a new gender-fluid one. This idea that each person may not be able to fit within the two gender stereotypes, but may lie in-between was extremely progressive for its time. If you look closely, you will notice that the symbol is not exactly symmetrical. The scroll is not perfectly circular and the cross bar's right side is misshapen, all of these imperfections are said to have been done intentionally to represent the imperfections of the human body. Lastly, the symbol is said to have a light resemblance of the cross in the hopes of emphasizing the importance of conflict between sex vs. religion and man vs. women. Each element of his new symbol came together to encompass all Prince wanted to challenge about society at that time. It wasn't until the following year that Prince fully embodied his new symbol by officially making it his new stage name. The “Love Symbol” went on to be the face of his new rebellious brand.

Prince's music lives on in this one night only performance of 4U-A Symphonic Celebration of Prince. This extravaganza will be LIVE September 6 at State Theatre New Jersey.