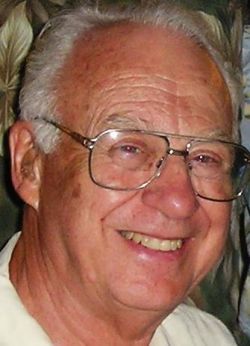 I’ve often wondered if all dads were like my dad. When I was little, I thought my dad knew everything. He could do anything. Build anything. Fix anything. That made it all the more difficult to see him as he passed the age of ninety, and his mental clarity started to fade, as he would forget how to get to his apartment, as he eventually had to live in a dementia facility, and as he died at the age of 94. At his funeral I gave this eulogy, and ended it by singing the Spiritual, Deep River.

I know dads are smart, and wise, and talented. But I wondered:

Do all dads draw?

I don’t think I have half the talent my dad did with a pencil, but I often find myself doing some of the same kinds of drawing, more for me like doodling, that my dad did. We both drew maps. Complicated, detailed, elegant city plans with roads and bridges, and stadiums, and rivers. He had a vivid, active imagination that I always wanted to have. His maps were much more detailed than mine, and much more artistic. I wish I had them. I would frame them and hang them on my walls. Perhaps it’s part of his and my genetic design, but we are both mapheads. When I see a map, I’m immediately drawn to it. And I think of my dad.

Are all dads artistic?

My dad was very talented with chalk and paint. We have a chalk drawing on our wall at home that my dad made. He used to paint beautiful lighthouse scenes on rocks and old barn wood.

Do all dads build?

I wonder if the new owners of our Beck Road home kept the many built-in furniture and shelves, or the cubbyhole storage everywhere. My dad’s shop in the basement with the jigsaw and the tools was his man cave. And he let me be a part of it at a very young age. I wish I had spent more time there as I got into my teen years, before I left home. I’d be a richer man.

Do all dads play?

I still make paper boats the way my dad taught my sister and me. You can see them on Instagram. Hashtag “paperboats”. It’s alarming how many people across the globe make paper boats and post them on Instagram. When we were at my grandmother’s house in rural Ohio, the three of us would make boats, then gather gravel to put in to weight them with ballast, head down to the farther bridge over the Blanchard River, drop the boats down into the water, run down the path through the woods along the bank, and stand on the closer bridge in town and wait for the armada to float under. If I had kids, I’d do this with them. I’d pass on the Mt. Blanchard, Ohio heritage.

He used to play this game with me and my sister. He would fold paper in fourths, top to bottom. We’d each draw a head at the top, then fold it over and pass the paper. The next person would continue down the upper torso without being able to see the head, then fold it down and pass it on for the lower torso, then the feet. The results were crazy and funny, but my dad’s were creative, and comical, like you’d see in cartoons in a magazine. I so wanted to be that creative. Even in silly little games.

Are all dads cultured?

He took us to the art museum, the Cleveland orchestra, Blossom Music Center, the opera, choir concerts, plays. He built sets for Mighty Goliath Players. We saw the Cleveland Orchestra play the 1812 Overture, complete with canons and fireworks at the newly-opened Blossom in 1965. And I vividly remember Robert Fountain conducting the Oberlin College Choir in dramatic choral concerts. I wouldn’t be who I am without that. Now we know why I do what I do with such passion.

My dad could usually be described as quiet. He used to take my sister and me to Learwood Junior High School when we were little, on Saturdays. We would go in the gym. He would open a storage room filled with these little wooden squares with wheels and we would roll around the gym. Or wheel around on the chairs in the main office. One day my sister and I were with him at school. It must have been for a basketball game or a concert. There were other kids there. All of a sudden, this huge frightening voice yelled, “Get off that before you fall off.” We were terrified. Was that OUR dad?

Are all dads nurturing?

My dad made a wooden model of the Midway Mall for me to play on with my Matchbox Cars, complete with parking lots and lines. He later added a three-story parking deck with ramps. He also permitted me my own Barbie Doll, and giggled with my mom when my sister helped me on, at age four or five, with a dress and paraded me around the house.

I’ve come accept that, although it may not be in the same ways, all dads are talented, and smart, and creative, and wise, and nurturing. And I am ok with the fact that my dad treated other kids, and other people, with the same loving, nurturing care and concern that he showed his family, and we are all better for it.

I post this on what would have been my dad’s 95th birthday. He was born in Findlay, Ohio and lived much of his life in Avon Lake, Ohio, where I grew up. On April 8, 2024, I plan to spend the day in one of those two places, celebrating while the total solar eclipse passes through both towns on his 100th birthday. My dad would have been delighted with that. So, I will celebrate the gifts of wonder and fascination with things scientific and mathematic that he gave me.

Shelly Manway on April 9, 2019 at 6:29:51 am said:
As a good friend of your sister's, I always enjoyed being around your family, Your dad was always so patient and kind. Miss your mom also! Great family and great article about your dad!
Susan Swan-Blohm on April 8, 2019 at 10:49:10 am said:
What a wonderful tribute to a great wonderful man .. I have many fond memories of our Beck Rd days.
Amy Ax Eisenbach on April 8, 2019 at 10:04:19 am said:
Beautifully written. Thank you sharing so I could get to know your Dad better.