The Hairy Vegetarian in Stockholm 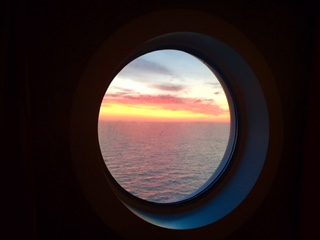 On July Fourth I landed in Stockholm with the Monmouth Civic Chorus and my husband who sings with them. They will be performing in the three Baltic countries. I’ve gone along with them for fun and for a vacation. I admit I was apprehensive about eating vegetarian in this part of the world, but my discomfort was soon relieved. After we got to our hotel, Joe and I set out for lunch near the hotel. We found a sandwich shop that had high tables, and had the menu items handwritten on the wall tiles. We each ordered a soup and a sandwich. Little did we know that the soup alone would have been a meal. Two waitresses came to our table, set down the soups, then one of them said, “And you also had these,” half as a question, and filled with a slight bit of condescension. I had a puréed lentil soup with herbed cream. It was spiced perfectly. On the side was a huge piece of thick, firm bread topped with butter and what seemed to be an entire avocado. My sandwich was open-faced with another huge piece of bread, covered in butter, and mounted with a mixed green salad, and a mixture of grilled mushrooms. The mushrooms were grilled perfectly, where the body was moist and fully cooked, and the edges were dark and crisp. It came with a side of herbed butter. Apparently the Swedes like butter. I ate almost everything, partly not to further embarrass myself in having ordered two meals, and partly out of exhaustion from not having slept on the overnight flight from Newark.

Dinner that night was at the hotel, The Nordic Light. We are traveling with a group of about seventy people and our travel agent, so some of the meals are pre-arranged.  I had requested that vegetarian meals be served whenever possible for all of the included meals through the tour company.  A waiter came to me after the whole group had sat down, to ask me if I was one of the vegetarians. Apparently, there were three of us. I said that I was. He asked me if I ate fish. I wanted to be the snarky American and say that then I wouldn’t be vegetarian, but I just said, “No.”

My dinner was a marinated thick rutabaga slice that had been coated and deep fried, and a side of carrots and small potatoes. It was delicious. I was surprised that just a rutabaga “steak” would have such a tasty flavor and texture. After dinner about fifteen of the group went across the street to the Ice Bar. It was a room chilled to 20 degrees, walls lined with thick ice that had been sculpted with various Nordic designs, and filled with chairs, a bar, a Viking ship, and a throne, all made from ice. Drinks were served in glasses made from ice. We got a parka and gloves on the way in, but the glass still made my fingers hurt. I had a drink made from gin and elderflowers. Of course, there are pictures on Facebook. But I’m glad we only stayed there for fifteen minutes or so.

Lunch the next day was at an outdoor museum in the city. It had buildings from various periods of Swedish history, which included farms, stores, restaurants, and churches, and lots of animals. We ate at a stand with picnic tables. My hopes were not high. But to my surprise I found a chickpea burger with fries which I ate to the accompaniment of seagulls diving into the nearby garbage can for leftovers.

That evening we took an overnight ferry to Estonia. About eight of us had made reservations at a Russian restaurant onboard. We all ordered a vodka starter. We were given plates with sweet pickle spears and a dish with honey and sour cream. The waitress instructed us that we must dip the pickles in the honey and the sour cream. It was the Russian way. And so, we did.  I must do this at home. Pickles and honey are a great combination. She soon brought the vodka chilled in frosted glasses. She saw that we had eaten all the pickles, so she said she had to bring more because the Russian way was to drink the vodka, spend a few seconds feeling the warmth of the vodka in the chest, then eat the pickle dipped in the sour cream and honey. And so, we did. My dinner was what has to be the best stuffed cabbage I have ever had. The leaves were cooked, yet still fresh and crisp. Inside I was delighted to find mixed vegetables and rice. The whole thing was covered in a very tasty, spicy tomato and sour cream sauce. After dinner we went on deck to see the sun still up in the sky, then went to bed at around midnight with the red-gold of the sun still brightly glowing on the horizon.