My Parents Made Me Gay 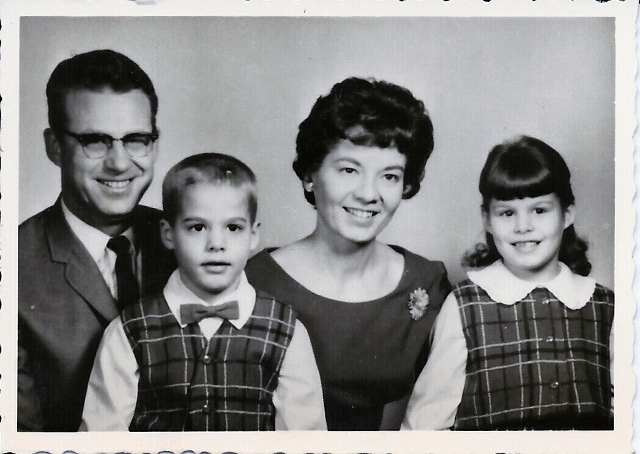 My parents made me gay. I’m certain of it. As I look back on my life with them, I discover several clues that expose their blame. I’m ok with it. It’s just nice, finally, to be able to figure out exactly why I turned out this way. Here are the clues that I’ve found:

When I was four my sister thought it would be a good idea to put her little brother into one of her outfits. I don’t blame her for my gayness in the same way as I blame my parents. She was only six, after all, and hadn’t yet figured out the implications of crossdressing. On this particular day she put me in a cute little ruffled one piece she had, plopped a frilly little coordinating hat on my head, and dragged me downstairs to show to my parents her dolled up little sibling. They thought it was the funniest thing. But it was a good funny, not bad funny. It was the kind of funny like when you get melted marshmallow on your face when you make S’mores, not the uncomfortable funny like when you pee your pants. I think this dress up incident was a major factor in the next clue.

Soon after this, my mother started giving her old dresses to my sister to play dress up. Well, actually, I don’t remember her giving them to my sister, but simply leaving them in our play room in a box. You guessed it -- the dresses ended up on me somehow. And, you know, my parents never so much as flinched when they saw me in them. Nope. Not so much as a disapproving glance came from them. I confess that I haven’t worn a dress since I was about seven, but their tolerance for such behavior during my tender years must have pinked my color spectrum. I know it.

When I was eight they made me take piano lessons. At the age when I should have been outside learning how to play ball with the boys, I was inside practicing the piano. It was just such an excommunication from activities that would have solidified my straightness that must have caused permanent damage. So, not knowing much about sports, I was left to play dolls, and hopscotch, and Monopoly, and build forts in the woods, and rake leaves into pretend houses with the girls in my neighborhood. And we all know what that can do to a little boy!

When I was about eight my parents did something drastic that must have tipped the gay scales for me. The Cleveland Orchestra had just opened their summer home on the banks of the Cuyahoga River, the Blossom Music Center. I had been to concerts before, but they had never been as engaging and as much fun as this one that my parents subjected me to. The concert was conducted by the legendary and dynamic George Szell, and included the Overture 1812 by Tchaikovsky complete with fireworks bursting in the sky and cannon being shot from the surrounding hills, all timed to the exuberant music. This spectacle showed me that classical music was fun as well as serious. And also very gay. I think I knew that then. They also took me to see the Oberlin College Choir directed by Robert Fountain. I remember that concert vividly. The singers were having such a good time. And the conductor was very spirited, flailing his arms around, making demonstrative faces. It all seems so obviously gay to me now. It did, however, inspire me to want to direct choirs. And we all know how many gay choir directors there are!

In seventh grade when we had to pick a foreign language to study, they let me pick French! Nothing butch like Spanish. No. Or coarse and manly like German. No. I was destined for nasal vowels and Coq au Vin. And speaking of Coq, they let me learn how to cook, and grocery shop, and garden. My mother let me organize her pantry! What gayer thing could I have done as a little boy? And furthermore, I could bake better than most girls I knew. Such damage.

During those turbulent and formative college years my condoning parents let me bring a few of my boyfriends home with me on breaks. And they had the nerve to allow us to pal around. They even enjoyed it. Also, my parents were indulgent enough to tolerate my being involved in two or three long-term relationships. As I think back on them now, and as I suspect I knew all along, it would have been best if I had avoided these particular alliances. I remember once when I forced myself to tell my parents that I was “moving out” on one of them, my mother pulled me aside and whispered in my ear, “You didn’t have a falling out, did you? We like him.” Don’t worry; I’m not talking about the nineteen-year relationship I’m in now with my husband! This alliance I am glad I didn’t avoid. Through all of this coming and going of men, they never asked the question, and never judged me for the men I associated with. Hell, I never even told them that I was gay. I didn’t want them to suffer for their responsibility. They don’t deserve that. I took that suffering upon myself.

Ultimately, I have determined that my parents’ indiscretion must have led to my expressions of gayness in such things as becoming an organist, a choir director, a church musician, and a tap dancer, and becoming the gayest of all gay things a man can become, a yoga teacher! Now that’s gay.

I don’t harbor ill feelings toward my parents for their responsibility in all of this. No. Things could have been much worse. But it is a relief to know how such events that they encouraged could have led to my gayness. And such gayness it is! Oh, Mom and Dad.

Patel on September 6, 2017 at 9:30:37 pm said:
Indian Guruji say that " Homosexuality is natural and it is real. It is not a disease . "
--- Sri Sri Ravishankar Maharaj ( Indian Guruji )
MowerGuy4 on March 10, 2016 at 8:39:56 pm said:
I agree with Cousin Butchie. NOBODY is to "blame" for our individual nature. I also take exception to the notion that being exposed to feminine interests and life-experiences has anything to do with hmosexuality. My own interess were and remain entirely and exclusively masculine. I became aware of this in my early 'teens, when my cohort of boys became interested in girls (who merely perplexed, disgusted, and dumbfounded me. . Nothing even remotely akin to "abuse" ever happened to me, and I was certainly never "seduced" or "corrupted" etc. Homosexuality is natural and it is real. It is not a disease, an aberration, a perversion, - and it can not be "cured" (Much less Exhorcised"!) Surely: Family, society, (and above all else - religion) caused me to waste the best part of my life attempting to be "straight" - at which I was "functional". But it was HELL! My life was devoted to hiding my "terrible secret", living a lie, hating myself and the society which produced me, and effectively denied me my rightful place in the human community. One day - I made a choice. Either step in front of a truck on the interstate - or come out to myself and everyone of any importance to me. Bingo! "Free at last, free at last - thank God Almighty, I am free at last!" (Thank The Supreme Court Of The United States for striking down all the State laws making Homosexuality "Illegal", also.) I am so very sad that the gentleman resents being gay - and wishes to find someone to blame for it. Embrace it! Love yourself! Be the best gay ever!I am now convinced that the most active and rabid homophobes are that way to deny their own latent homosexuality. They are the ones I feel deep sympathy for.
Cousin Butchie on October 11, 2015 at 8:02:06 pm said:
While I would not presume to question someone's personal reasons they believe they are gay, this biography makes me feel uncomfortable in light of the new psychological studies which have indicated that a boy or girl knows his/her own sexual orientation very early in life. Many enlightened parents now allow the child to behave and act the way he feels comfortable and "right" for himself. In my estimation, your parents were loving and very wise to expose you to things you obviously liked to do. Would it have been better to have a father who tells his son to stop playing the piano and get outside and play football with the other boys? To the gay person reading your story, your parents are to be congratulated for for encouraging you to follow the instincts which were part of the way your were born.
You must know how very poorly some parents treat a child who appears to be LGBT. You, my friend, seem to have been blessed.