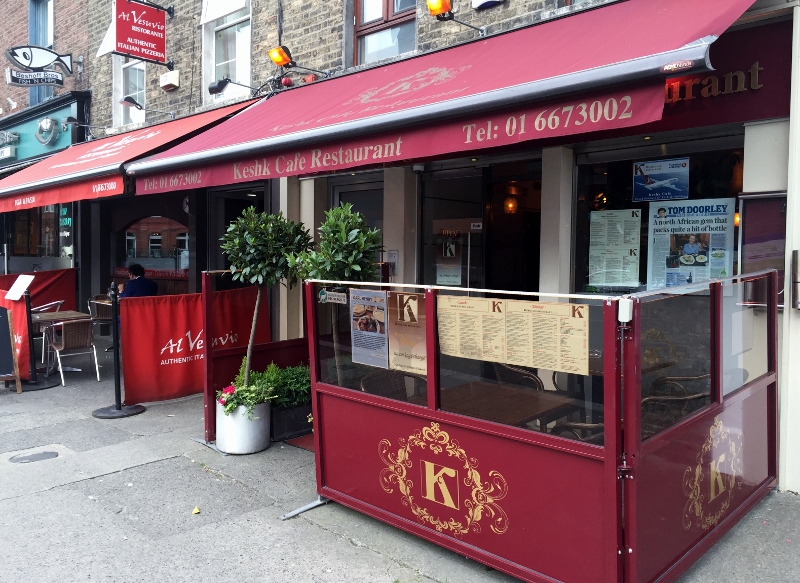 I get enough to eat. Really, I do. I’m not one to starve. Right now I'm in Dublin traveling with a group of 75 Americans. There just happen to be two other vegetarians in the group. It’s great. I don't feel so alone. Last night the whole group went out to a large facility for a traditional Irish meal and entertainment. There were four options for entrees on the menu: roast beef and lots of potatoes and vegetables, cod and lots of vegetables, salmon with a mound of vegetables, and an Asian stir fry. With all of the traditions of the Irish for cooking vegetables this place came up with a stir fry with soy and oyster sauce. I found that very interesting. The worst part was watching all my dining companions chowing down on a big hunk of animal flesh, a mound of roasted potatoes, carrots, and broccoli. I got a small dish with a few noodles, a couple of onion squares, and one or two pieces of pepper. That's it. Good thing I had the soup and two or three glasses of Jameson.

So today we had the afternoon free. I checked online and found a Mediterranean restaurant listed near the hotel. Four of us ventured out for a late lunch. To my delight we came upon Keshk Café Restaurant just down the street, along a lovely canal. While I sipped black tea with milk, we sampled two appetizers: the moistest dolmadas I've ever had:

My entree was Okra (or gumbo): "Okra and fresh coriander cooked in a tomato and garlic sauce."

Small pods of okra were lovingly bathed in a spicy, smooth tomato sauce. I was thrilled. Instead of yet another bowl of white rice on the side I opted for potatoes. Hey, I'm in Ireland. Why not? They know potatoes, right? The waitress asked if I wanted them plain or spicy. You know what I said. Spice and Ireland weren't two things I would have put together, but then again, neither were Ireland and palm trees.  But they are everywhere here. What came was a bowl of potato chunks with garlic, pepper flakes, and parsley. I dipped them in the chili sauce served with the meat dishes. Good choice.

The owner came to our table to thank us. He's Egyptian, and cooks a combination of Greek, Turkish, and  North African styles. He was genuinely sad to hear that we are leaving for Scotland tomorrow morning.

After dinner we had a fun conversation with the waitress. She shyly asked us where we were from. She no longer assumed we were American after an embarrassing encounter with some Canadians. She also asked us if we had seen the Scots in kilts. Apparently we were very near some rugby fields. Recently Ireland had played Scotland. The visitors had worn kilts. I asked if the players wore them to play Rugby. She replied that she wished they had, and that it had been a very windy day.