What Good is a Beard? 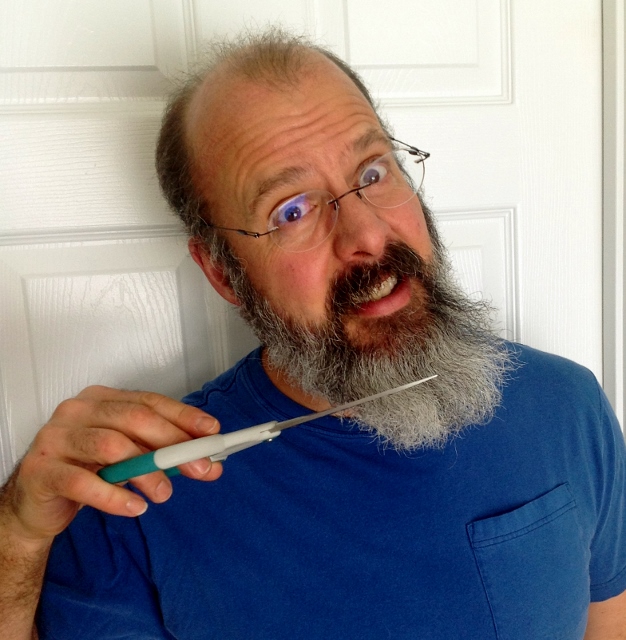 Back over the summer I took a look at my goatee and decided it was time to let it get a bit of length. The problem with that area of my beard is that most of the white is there. But I thought it was time to accept it as a normal part of my aging and go with it. By September it was the longest my beard had been in several years. It was a sizeable puff of white billowing out of my chin. Just after Thanksgiving I started letting the full beard grow. I don’t know if that was for aesthetic reasons, or because I’m lazy and prefer to shave as little as possible. It was around then that I came up with the idea of using my beard for a cause. I had recently attended the Ocular Melanoma Foundation Patient Retreat at the Cleveland Clinic. It was a wonderful time meeting other people with this rare disease. As a matter of fact, it was the largest gathering of people with ocular melanoma ever. We met doctors and researchers and found out about the latest treatments and protocols. There’s not a lot of attention given to this orphan disease because so few people are affected by it, but it was great to see that someone was doing something.

I worked with the Foundation and my web designer, Bonnie, to set up a campaign to raise money for the Foundation and awareness of the disease. If you go to http://becomingsoundyoga.com/LIG/, you can donate any amount of money in one of two places. One for “Let it Grow,” and one for “Let it Go.” On March 3, 2015 at noon, if more money has been donated to OMF through "Let It Grow," I will commit to let my already rather lengthy beard grow until at least Jan. 1, 2016. If more money has been donated to OMF "Let It Go," I will shave it off and buzz my moustache and head down to #0. I will post a video of this on my YouTube channel. I was diagnosed at noon on March 3rd, 2008. This will be an interesting way of celebrating that milestone.

I don’t know how well I will be able to function if my beard grows until January. I get enough grief now as it is from people. But now, every time someone complains or asks me how long I’m going to let it grow, I can direct them to my website and say, “Put your money where your mouth is.” If I have to shave it off, I might be a bit sad, too. I’ve gotten kind of used to it. It does get a lot of attention. It’s surprising that some people, who usually don’t say anything to me at all, will say a lot to me about my beard. It’s also surprising to hear some of the things they say.