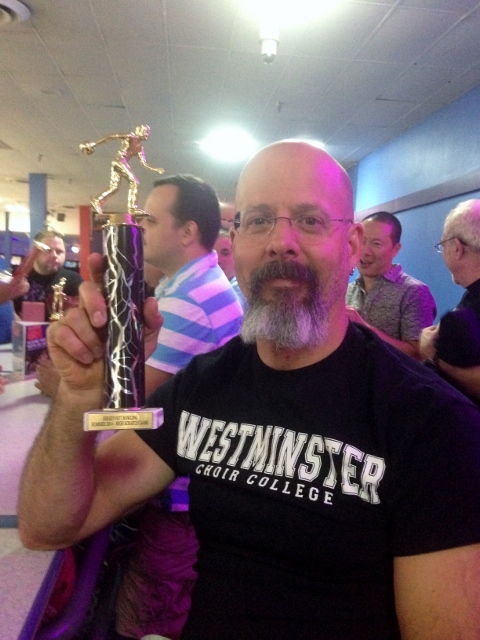 I was on a bowling league about thirteen years ago. I started out pretty bad. I got much better. I think my average was up around 120 or 130. I often bowled games around 150 to 160. My highest game was 218. It was always a mind game though. I'd bowl a really good game then I'd start overthinking everything I was doing, or start worrying that I'd once again bowl embarrassingly as I had at the start, then bowl a 90. I started up again with a bowling league over the summer. I did pretty well, but still it was the same up and down. The league was going to continue in the fall. I started to bowl worse and worse.  I decided not to join the fall league, but I got talked into it. I continued my downward spiral. I wasn't having fun. Each game got worse and worse. During a conversation about it with a friend he said, "But aren't you doing it to have fun?"

That Friday I started to bowl.  I kept saying to myself, "Fun. This is fun." I also talked more to my fellow bowlers. Especially the ones I didn't know. I bowled a pretty good first game. I tried not to overthink it. During the second game I got two doubles. The third game was even better. I talked the whole night (yes, rather than taking out my phone). I focused on the skills I had learned early on in that first league. I decided not to pre-bowl for the two Fridays I would miss for vacation. The points I would have gained by pre-bowling didn't matter. I was there to have fun. Besides, I had gotten a trophy after the summer league for high scratch game. The thought of me winning a trophy in a sport involving a ball is beyond my imagination. I'm still on the league. I can't say I'm bowling well, but I am having fun. I got a new ball. We will see what happens.