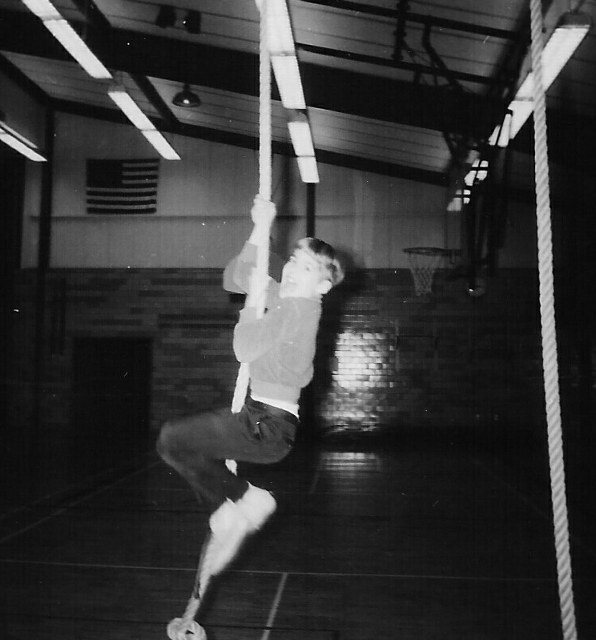 I hate sports. I’ve always hated sports. Well, okay, I can downgrade that to I never developed an appreciation of sports. I don’t remember any time in my life when I enjoyed tossing a ball around. I never learned how to catch a ball or learned how to play baseball.

I remember gym class. All the guys who played the games well would play them while those of us who didn’t, watched, or when we did get to play, made fools of ourselves because we didn’t have a clue what we were doing. I learned to fear gym class. I didn’t grow up playing sports with my friends. My parents didn’t push me to. I had no interest in it.

Looking back, I don’t understand why gym class didn’t help me learn to appreciate physical activity, especially sports. After all, it was a class, not recess, so shouldn’t we have learned what to do rather than be allowed to remain embarrassed fools? I took swimming lessons and that was fun. I started swimming regularly when I was in grad school at the age of 28 and became rather good at it. But that’s not really a sport, or at least not like the ones we played in gym. I started lifting weights at the age of 40 and really enjoyed it, but again, is that really a sport? I started practicing yoga at 40 and found that I could get my body in pretty good shape, so I probably would have been pretty good at sports.

I have to think that those who grew up not developing an interest or talent in music probably felt the way I do about sports. It wasn’t something they grew up doing or something they felt they were good at. It was something that caused for embarrassment when they were asked to do it in school. I hope that as a musician, I have never caused another to feel embarrassed by being less involved in music than I am. I also hope that I’ve enabled people to come to yoga fully invested in their health and well-being, and not allowed them to feel inferior or embarrassed because they didn’t know what to do, or worse, to fear it. I will continue to encourage people to use their bodies wisely, train their minds to focus, and to breathe deeply. I’m not sure I will ever be a sports fan. If I can encourage anyone into better health, I’ll be happy. If I can encourage people to sing no matter what they think of their voices, all the better. Who knows, one of them might get me to catch a ball.