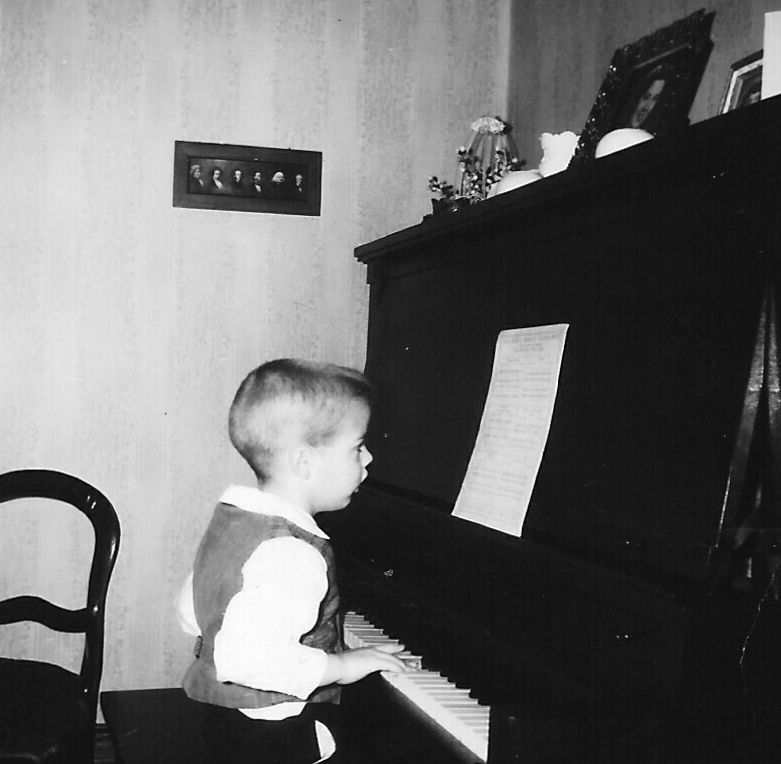 I can’t remember a time that I didn’t play the piano. My parents told me that when I was six, and sister would come home from piano lessons to play what she learned, I would follow after her and play what she played. I don’t remember that, but I do remember that I’ve always thought playing was fun. Here I am, fourty-eight years later, trying to go back to a time when I just played the piano for enjoyment. Playing now is fun but whenever I play, it seems to be for a job, not just to play. When I have free time, I find things to do that don’t involve playing. For one thing, my hands have to rest.

I wish I had been able to capitalize on that element of fun much more than I ever did. I’ve always had a level of fear associated with playing in public. It’s a fear that turns what should be a fun event into a mind game of what-ifs. What if I make a mistake? What will people think if they find out that I’m not as good as they thought I was? There must be hundreds of people listening to me play who are so much better than I am. I haven’t made a mistake yet and I wonder what the first wrong note I play will be.

With all of that going on in my head, how could I have played anything, let alone enjoy myself? So after fourty-eight years of that war going on in my head, can I stop it? Let’s go back to the beginning and see where it might have started. I remember taking piano lessons and I think I played pretty well. I seemed to do well, but. then at the end of the year, there was a recital. All of the students would go over to the teacher’s house with our parents and we would each go up to the grand piano and play one or two pieces. I remember the horror I felt  the month or two beforehand. What if I forgot how to play? What if I made mistakes? What if the other students laughed at me? There was a sick feeling in the pit of my stomach and then a trembling taking over my body on the day of the recital, and I can feel it now as if I were there. Could I have stopped it then? What could my teacher have done to help me to overcome that?

I don’t remember getting any help, I just had to get up there and do it. I can’t imagine how I did it with all of that going on in my head. I think that after playing in public as many times as I have between now and then, I’ve managed somehow. It would have been so much easier and more fun if I could have focused on the playing and the fun rather than the what-ifs. What does yoga tell me about that whole process?

Breathe, yeah, breathe. That would have been the beginning. If I were eight, which is when I’m guessing was my first public performance, I would love to have learned a few breathing techniques that could have calmed my body and my mind, and just focused on having fun in public that I have had so many times in private. Think of the hours and hours, no, by now they are probably years, of wasted time that could have been spent playing well and having fun instead of muddling my way through endless series of blundered notes, minimally impressing the uninformed, and evoking a minimum of pity from the enlightened.

On top of the breathing and getting my mind and body to function together on my musical tasks, I bet I could have played more. I bet I could have looked like I was having fun and probably could have inspired others to find out how they might have enjoyed themselves, too. Perhaps I did, even through the shaky hands and sweating palms. Perhaps I have in me a few more years to rediscover the fun.