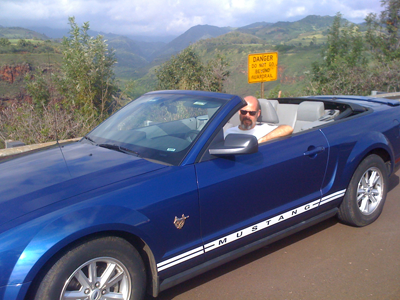 I’m a fairly patient person. I can get angry just like most people, but my threshold for bursting with emotion is pretty high. Usually.  Except when I drive. Yes, it’s all of the other drivers’ fault, and the signs’ fault, and the weather’s fault, and the sun in my eyes, or the stupid idiot that should be going three miles per hour OVER the speed limit. Now! Move over. You don’t deserve to drive….!!!

Back in about 2007 I was having problems with my voice. It would tire easily and be very raspy. Not good for a singer, let alone anyone who has to use the voice for work constantly. I noticed also that I had occasional heartburn. I went to the ENT and did 8 weeks of a strict, acid-free, diet, two different kinds of medication, bed wedges, etc. Nothing changed. The ENT told me to get voice lessons. I laughed. A friend suggested acupuncture. I went to a woman who was a fifth-generation Chinese acupuncturist as well as a Western MD. She sat me down in her office soon after meeting me, asked if I thought she was going to hurt me, and then said, “We will address the reflux later. First we address your stress.”

Stress? What stress? I’m not a stressful person.

How did she know that?

We determined over the next few weeks that my reflux was caused by stress and not by any dietary issue. In about three weeks the reflux was gone and my voice returned to normal.

So what about that driving thing? I’ve gotten a little better. I still often can’t help myself. It’s such an easy way to let out lots of anger and frustration at the poor driving habits of suburban New Jerseyans. But if I remind myself in time, I can use my yoga experience to get beyond that temptation. Like the other day when I couldn’t find my phone and woke up my husband screaming that he needed to help me, and that a phone just couldn’t disappear. He later called me on the phone while I was driving (the phone was in the car the whole time) and said, “You need to do yoga or something.” What I try to do is practice some of the breathing exercises, the pranayama, that I learned and teach in yoga:

Breathe in to the count of 4. Expand the ribs. Keep the air moving in for the entire count of four.

Retain the breath in for the count of 4 while keeping the throat relaxed and open.

Sustain the breath out for the count of 4 keeping the throat relaxed and open.

I do this for about a minute or more and it’s amazing. I’m not worrying about the other drivers. I let people in front of me. I take off after a red light at a normal acceleration rate. I stop while the light is still yellow. And before you know it I’m at my destination in a delightful state of mind and all of the other drivers are out of sight and out of mind.