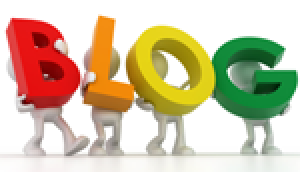 I have a few questions I just can't discuss with my friends.  I promise you I will be spot on describing what's bothering me so long as you remove any clues that might give away my identity.

I am sixteen years old and have two varsity letters at a private boys prep school.  I am also gay, but only a few really close friends know this is a fact.  When I attempted to come out to other dudes I thought needed to know, they absolutely refused to believe me. In some way, I suppose that's a compliment.

So, here goes. I am not as large in my private personal parts as most other boys my age.  I don't like changing in the locker rooms or taking showers with my classmates.  Nobody has actually said they think I'm a "pee-wee" but they must notice.  Since I check out what they've got, I am certain they do the same to me.  So....first I need to know if size counts for gay dudes like me.  Then I must know why so many of my classmates think nothing about getting erections in front of all the other dudes.  Sometimes it looks like a Viagra epidemic has hit the lockers, showers and the pool where  most of the time we swim naked.  I am the unsuspected gay guy and the rest who claim to be straight have a great tme running around with their erections waving in all their glory.  They have an hilarious time comparing boner size, grabbing each other "down there" to throw each other off balance and having speed contests-- which I'm sure I don't need to spell out for you. They are all heterosexuals and assume I am also. Honestly, when I see some of them in their birthday suits, I'm tempted to throw caution to the winds and go after what I really desire. When my classmates are engaged in their sexcpades they are almost always talking about some girl. When I do get involved in the game, little do they know I'm either thinking about Matt Damon or Neil Patrick Harris. Honestly, if I ever sensed that these guys were interested in oral sex, I would probably become the favorite player on the team.

Whay do you think I should do?  School's out for a few months, so I can work on a strategy.

To answer your first question-- I think that size does count, but mostly in the respect that every guy checks out his friends and classmates.  He may try to make the looks fast and not seen, but men do check out other men, even if it's just to reassure themselves. The physiology of the penis can be deceptive. What looks small when flaccid (go look that up) can become larger than imagined when erect. The direct opposite can also be true. The old belief that it's not the size that counts but how you use it seems to ring true. Just by way of example, if you fell madly in love with another guy and then discovered that he was a bit lacking under the tightie whities would generally not be a deal breaker. He might have other assets, like a father who owns all of Greenwich Village.  In all seriousness, you will find that there are gay men who make size a major issue--and others who are really more comfortable with a little less.

You bring up the interesting topic of supposedly straight men cavorting around without clothes and becoming sexually aroused by each other.  Cousin Butchie thinks this is a fairly common situation in early adolesence.  It may be curiosity or just the feeling of experimenting with their peers.  Much as I hate to say it, gay males are often  experimenting and getting their kicks from whomever is most available. In an all boys' prep school, I don't think this kind of behavior is alarming at this level of development in a boys' school. Being a gay male, as you are, who isn't suspected of being gay seems way too good to be true. Just enjoy the show, and relax in the fact that you need not worry about your own arousal.  It would just make you seem to fit in more. Enjoy this while it lasts.

By the way, memorize the names of several girls, so you can start saying them out loud if you ever feel that the other boys are starting to think you're enjoying things too much.  If you can find the time amidst all of the action at school, don't forget to focus on your gay friends.  It would be unfair to abandon them at a time like this. Like it or not, the probability that one of your gay buddies will sooner or later become your spouse means you might want t keep the fly zipped as much as possible...except when you and your gay buddies party safely.