What is GSD: Going Beyond Our Current Queer Acronym

In the beginning of 2013, the Pink Therapy group in the UK made headlines by saying ‘GSD’ – Gender and Sexual Diversities – should be the new umbrella term for a community that seems to add letters even while they're sleeping. All joking aside, though, I’ve seen: LGBTQQIAA- lesbian, gay, bisexual, transgender, queer, questioning, intersex, asexual, allies. On top of that, many other groups -  nonmonogamou 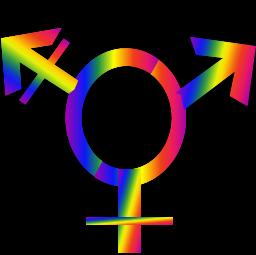 s people, kinky people, those who identify as pansexual, for example-  aren’t included in that tricky and ever evolving acronym.

Excited about this new possibility, I researched 'GSD' and found that the term is already in use in some academic and educational circles here in the U.S.  Pink Therapy is highlighting a growing cultural shift, one that I am personally quite excited for and feel was a long time coming.  Because this isn’t just a new alphabet soup, adding more and more letters trying to make finer grain distinction after finer grain distinction. This is a rather different paradigm, a reversal of a pattern that prevails in all areas from identity politics to scientific discourse in talking about sex and gender, moving towards a broader, more inclusionary descriptive method.

They say in scientific thinking there are ‘splitters’ and ‘lumpers; ’different issues at different times require both approaches. LGBT activism began in the 1970's with organizations that only used 'gay' in their titles, like the National Gay Task Force. Then lesbians argued that 'lumping' them with gay men made them invisible, and that started the trend of adding letters to distinguish the different groups who wanted to be included under the 'big tent.'  This all seemed logical, politically.  But, over time, researchers as well as the culture at large started to act as though each letter in the acronym stood for a distinctly different group.  And this has led to some  problems, mainly conflating identity politics with reality. This is a time for us to be ‘lumping’ together people who are outliers, minorities, nonconformers in their gender expression/ identity and/or their sexual expression/identity. This group of people includes those with same sex attractions, or both/pan gender attractions; it includes the whole spectrum of TGNC (transgender and gender nonconforming) people; but it also includes kinky, nonmonogamous, asexual, queer, refuse-to-label-myself people as well.

Here’s why we should all switch to GSD immediately:

It’s simple! Just say it a couple times to yourself.

It’s inclusive. Sure, some of us don't like inclusivity but here, I think it's good. It’s a political asset. Strength in numbers. (And yes, I know the arguments against including people who are stigmatized even more than you.  It's the reason why drag queens and other gender benders were excluded from gay politics for a long time. I disagree with the 'Virtually Normal' argument.) It encourages us to find our commonalities. And believe me, as a queer shrink for 30+ years – we have SO much in common. It pushes us to work with one another. Good karma, good communities – good politics, too. THERE IS A LOT OF OVERLAP AMONG THESE COMMUNITIES ANYWAY. Especially among gay men/nonmonogam/bisexual/kinky folk. Which leads me to my last and not insignificant reason: IT IS VERY LIKELY SCIENTIFICALLY MORE CORRECT. Or at least it functions as a BETTER paradigm for scientific research than the one we are using now.

The field of sex therapy and research is profoundly marked by a pathology model, a medical/psychiatric model that leans toward marking all ‘outliers’ as indicators of disease. And it is a ‘splitting’ model: each new version of the DSM involves disagreements about adding new categories of sexual anomaly/pathology. This time around, in the preparation of DSM5, there was a group proposing that ‘hebephilia’ be added as a ‘paraphilia’ i.e., sexual perversion. (Hebephilia, if you're unaware, means sexual attraction to teenagers. Perhaps a majority of men would qualify as hebephiles.)

My thoughts keep circling back to this: maybe our categories are just plain wrong. Different cultures at different times throughout history have ‘sliced up’ the GSD pie in different ways. For example, we like to make crystal clear distinctions between gender and sexual orientation, throughout history more commonly the two have been conflated: ‘Invert’ was the nineteenth century term for homosexual. We believe gender and the gender to which one is attracted to be the two most significant elements of sexuality. What if there are others we are missing completely, such as reasons (maybe biological ones) why the kink, nonmonogamy, and LGBT communities overlap so much?  More intriguing examples:  young people are replacing 'bisexual' with 'pansexual,' and it is true that there is a huge overlap between the bisexual, kink, transgender,  and open relationship communities.  What if we aren't acknowledging an crucial dimension of human sexuality like a general openness to a plethora of sex and gender expressions? Yet another example: we've seen a growing phenomenon of previously lesbian identified trans men who become attracted to gay men after transition.  What if 'same-sex' orientation is exactly that - attraction to others of the same gender as you?

What if we're just clueless? What if, as I'm inclined to think, our understanding of sex/gender variation is in its infancy? If there is a chance that is true – then the lens we need to use must be broad and inclusive. For now, GSD – Gender and Sexual Diversities – is the best paradigm we can use.